Getting in touch with the Great Outdoors

Broadstairs town offers many attractions with its lovely array of cafes, shops and vintage ice cream parlour, however it is also a great base for families who want to get the kids off the phones and in touch with the great outdoors. The Isle of Thanet and surrounds provide miles and miles of beautiful, sandy coast and rolling countryside. Beeches provide affordable, family holiday accommodation in Broadstairs. Our well-equipped Broadstairs holiday lets, let the whole family relax and plan tomorrow’s adventures.

The Isle of Thanet is made entirely from Cretaceous age ‘chalk’ deposits which mean there are plenty of fossils and flints to be found on the beaches. The chalk also gives a ‘milky’ quality to the sea and is part of the reason why the sea is so many different colours on this extraordinary coast. The combination of being the most Easterly peninsular in Kent, with the fact this part of the English Channel is very shallow, affects the way the light bounces off the sea, giving rise to the most glorious changes in colour and tone. It was this phenomena that drew Britain’s greatest painter, Turner, back again and again with over 100 paintings inspired by the East Kent coast and why he remarked to the influential writer and art critic John Ruskin that “…the skies over Thanet are the loveliest in all Europe”. 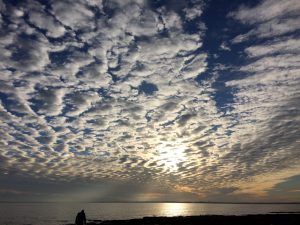 At low tides, waves break on the numerous sandbanks out at sea that form the notorious and dangerous ‘Goodwin Sands’ known as the ‘Ship Swallower’ which account for the many wrecks on this part of the coast. Low tides are also the perfect moments to explore the golden sandy bays, with their mysterious caves, chalk beds, fossils and rock pools. From Broadstairs you can cycle or walk towards Margate passing the striking chalk arch at Kingsgate, the rolling surf at Joss Bay, beautiful chalk stacks and golden sands of Botany Bay, the fossil rich beaches at Cliftonville, have a swim in the tidal pool at Walpole Bay to end up on the urban beach in Margate, looking across the vast bay to the medieval twin towers at Reculver. Or head in the opposite direction, to the golden sands of Louisa and Dumpton Gap and the long, long stretch of Ramsgate Main Sands. Ramsgate Harbour is always well worth exploring, look out for the nesting Kingfishers, or try fishing yourself, off the Harbour Wall for Bass, Bream and Cod. Or just enjoy watching as the fishing boats bringing in the catch. 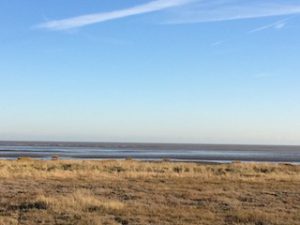 Heading on to the salt marsh at Pegwell, there is a wealth of nature, with the salt marsh itself providing a spectacular refuge for migratory birds. Sandwich and Pegwell bays are both Sites of Special Scientific Interest and in an area of Outstanding Natural Beauty. It is well worth taking the boat trip to the mouth of the River Stour to see up to a 100 seals basking on the banks.

Between Thanet and  Canterbury there are ancient and beautiful woods like Kingswood, Coppetts and Blean Woods. They are well worth a visit at any time but are especially lovely in Spring when they are covered with their carpet of bluebells and wood anemones. From coast to countryside and from sunrise in the sea in Ramsgate and sundown in the Sea in Margate, all of nature is here to explore and delight on the ancient Isle of Thanet. 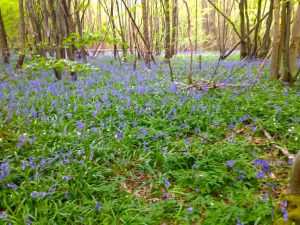 If you and your family love the great outdoors why not book one of our comfortable fully equipped holiday homes in Broadstairs and come and check out Thanet for yourself. You can check availability for your preferred dates using the form on our home page.

We hope to see you soon!